Mobile commerce is not a far off trend 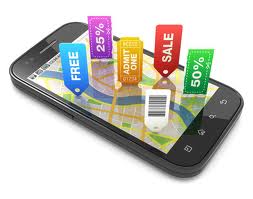 mCommerce is growing in 2012 – not only are mobile website and apps receiving huge traffic but they are also converting that mobile traffic into sales.

I’m always a big fan of ComScore’s research and data but I love it even more when it confirms what I’ve been saying, that Mobile needs to be the centre of your digital marketing strategy, for the last year. Australia has had a very fast uptake of smartphones and penetration is expected to reach 64% by the end of 2012. But it’s the popularity of the tablet computer, specifically the ipad, is even more impressive. According to Paul Fisher, when he spoke at the Future of Digital Advertising seminar in Sydney, Australians uptake of the iPad has been the fastest uptake of any technology, ever! That’s not just in Australia, but in the world. At the end of 2011, 8.5% of the Australian population owned a tablet and according to the Sydney Morning Herald we are expected to have 39% of households owning a tablet by the end of 2012. Paul Fisher, in only February this year was quoting projections of only 33% by 2015. That’s how fast the mobile industry is growing!

But I should return to ComScore’s research showing that Mobile Commerce (called mCommerce) is growing exponentially in the US, as well as Australia. In this example, ComScore are putting the spotlight on the online coupon sites, Groupon and Living Social, who have also seen incredible growth in the last 2 years – and their ability to use discounts and coupon vouchers to grow massive email databases is the envy of many digital marketers. But that’s another post all together. Groupon reported a considerably larger mobile (web + app) audience than its traditional desktop computer audience – in fact July 2012 mobile users were 17.8 million versus the 12.4 million that visited their website from a desktop computer. I know that eBay’s mobile website traffic has been growing also, and they seem to be converting it to mCommerce sales with eBay’s mobile commerce revenue projected to be $8billion in 2012with PayPal processing $7billion of those transactions. This graph clearly shows that online coupon sites are getting more mobile traffic than desktop traffic – how long before the mobile revenue also overtakes?

None of this is new to Australian digital marketers. That’s why I was surprised when I did the Bruce Clay SEO training (for the 3rd time) in April 2012 and Bruce Clay asked the group how concerned we were about the emergence of mobile devices for SEO and the internet. We confirmed that mobile was central to our future plans and he commented that American marketers were not so worried with the rise of Smartphones and tablet computers because everyone carried a laptop computer. But it seems ComScore are reporting that this sentiment is changing.

I myself really enjoy how smartphones and tablets have changed our lives and the way we store and discover information, art and entertainment. And I’m thrilled that businesses have been able to monetise the mobile internet and create efficiencies and competition within the retail space. I already use mobile web and native apps every day and am a particular fan of the ease of mobile banking and social networking, not to mention email! I haven’t started using mobile payment options such as Google Wallet but I imagine it’s not far off for me.

Please tell me if you’re using mobile transactions and which products work best for you.